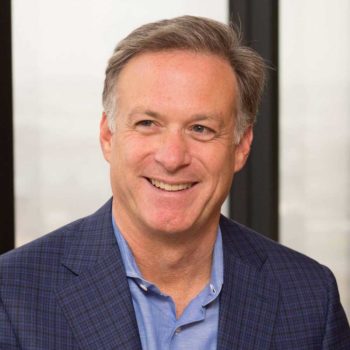 Sean Doherty led the concept-creation, design and capital financing of the Fund, and he has driven its strategy since inception. Sean retired at the end of 2018 from his role as Managing Director of Bain Capital, LP, a private global investment firm which he joined in 2005 as the firm’s first general counsel.  In this role he built a pioneering and industry-leading deal lawyer and risk management group during a time of rapid growth and institutionalization of the alternative asset industry. He also had a diverse operational and constituency management role at Bain Capital, where he led crisis management, press and external communications, government relations, branding and philanthropic initiatives and was deeply involved in governance matters and capital raising. Earlier in his career he worked at Ropes & Gray LLP and was a law clerk to a federal district judge in Boston. Prior to law school, he was a Lieutenant in the U.S. Navy, in which he served on a Middle East Force frigate from 1990-94.

Sean and his wife, Suzy, have been involved with JDRF since 2002 when their son Finn was diagnosed with T1D at the age of 2. He served on the JDRF International Board and its Executive Committee from 2016 to 2019 following more than a decade of service on the JDRF New England Chapter Board, including two years as its President.