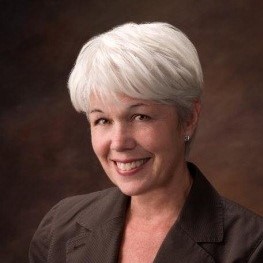 Ellen Leake, and her husband Eason, became connected with JDRF in 1994 when their daughter, Elizabeth, was diagnosed with T1D at age 10. Five years later they formed the JDRF Mississippi Chapter with a group of friends. She has worked in numerous roles in the chapter, including president from 2002 to 2003. She co-founded Mississippi Cures, the state advocacy and public policy group in support of stem cell research. Ellen was awarded the Jim Tyree Chairman’s Award in 2015.

Ellen currently serves on the JDRF Nominating & Governance Committee and recently completed a two-year term as Chair of the JDRF International Board of Directors. Formerly, she served as Vice-Chair of the International Board from 2016 to 2018. She also chaired the Development Committee from 2013 to 2014, the Lay Review Committee from 2011 to 2012, and other various board committees since joining the International Board of JDRF in 2008. She also served as an at-large member of the National Institutes of Health’s NIDDK Advisory Council and currently serves as a member of the National (Diabetes) Clinical Care Commission, an appointment by the Secretary of Health and Human Services.

Ellen currently leads a family timber and land development business in Mississippi. Previously she had a long and successful career with IBM where she was an executive in the Financial Services sector. Prior to joining IBM she was an aide to U.S. Senator, Thad Cochran.

She received a B.A. in economics from the University of Mississippi and an M.B.A. from Tulane University.